My Body Is a Wonderland 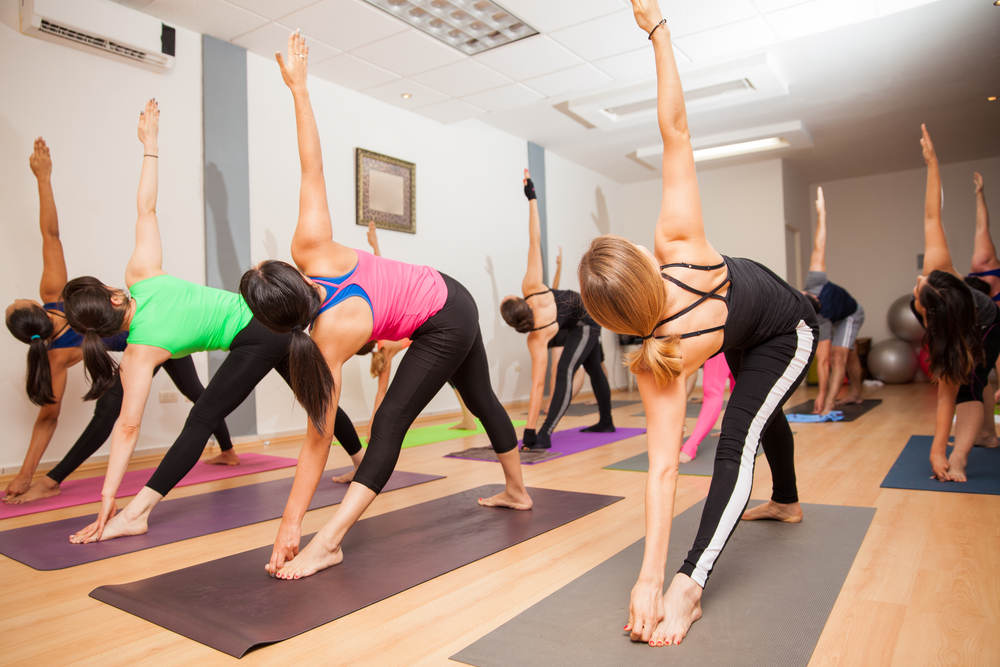 Exhausted one morning after an 8-hour sleep, I tried to convince myself to get up. I didn’t want to move, not because I was snuggled comfortably in a cozy bed, but because the thought of hoisting myself up and lumbering on sore feet to the bathroom was more than I could bear. At 331 pounds and gaining, I was miserable.

Two years later, I am sore and reluctant to get out of bed for a different reason. I took a cardio kickboxing class yesterday that kicked my butt. And I loved it. In fact, today – now that I am up and moving – I am disappointed I won’t be able to go to the gym. We had a foot of snow last night and I am going to shovel the driveway instead. Shovel the driveway! And I want to.

The physical activity I can do now is a constant reminder that I am not the woman I used to be. I am 187 pounds lighter for one thing. Nonetheless, I have aches and pains. I’m 46, I still have some arthritis (though not as much), and I am getting into shape, which means pushing my limits a bit each time I exercise. But the soreness doesn’t make me mad anymore.

When I first returned to exercise after a decade-long hiatus, I felt annoyed when I experienced pain. It reminded me of my obesity and of how uncomfortable I had been day after day, year after year.

Even after losing 100 pounds, my resentment was triggered every time I exercised. I resented being forced to exercise because that is how it felt. Forced. The mental baggage I had in the area of exercise was huge.

I didn’t want to be obese anymore. One of the ways I had decided to combat my obesity was to live differently after surgery. That meant I challenged myself to exercise even though I didn’t want to. I embraced the saying: If you keep doing what you’ve always done, you’re going to keep getting what you’ve always gotten. I knew I would have to change my attitude about exercise (although secretly I feared this was an impossible feat!).

I joined a gym and hired a personal trainer. Based on my past experience with personal trainers I was not thrilled to be doing it, but I knew I needed help with accountability.

Private personal training was too expensive to me, but I did it for a few months anyway – long enough to realize I was capable and to find a few exercise tools I liked (for example, the exercise ball).

I didn’t push myself, and my trainer didn’t push me either. She was an abuse survivor (which I didn’t know when I hired her) and seemed to understand my resistance and fear at a very deep level. When I would get angry about an exercise that felt too hard, she would say things to me like, “Katie, I need you to be here with me now. This is not your childhood. You are an adult woman choosing to exercise so that you can maintain your muscle mass as you lose weight. You are choosing this.”

Those words were very helpful to me. They helped me realize my negative feelings about exercise were going to pop up from time to time, but that I needed to work on not letting them dictate my actions.

It hasn’t been a perfect process. I quit using the trainer. But then I heard about an ongoing exercise class for beginners, and eventually I signed up. I knew I needed to keep trying.

At first, I didn’t like the class. I was sore for two weeks after the first session, and true to form, I got angry about that. But I dragged myself back, because I liked my classmates, and I knew I needed to exercise if I wanted to maintain my weight loss.

I also liked the class trainer, who had a booming voice. He’d boom silly things like, “Put your feet in the air like you just don’t care.” We all laughed. And I survived. Okay, I thrived.

Through all of this I maintained my gym membership and recently the trainer challenged me to add cardio to my workout regimen. I knew he was right, so I decided to sample the variety of classes at my gym.

The cardio-dance class was beyond me. All the fancy moves made it hard to keep up and I felt too awkward. I guess I’m not ready for that. Surprisingly, I preferred the cardio kickboxing, because at my gym they don’t make it too complicated – just powerful. I love that! I also gave myself permission to modify what I needed to modify and to do what I could do without comparing myself to others who were much more able.

I also took the risk to try yoga. I’ve always thought I’d like yoga, but I had an experience last week (during my third yoga class) I hope I never forget.

I had attended two yoga classes before the one last week. My first class was the day after I tried cardio dance for the first time. I think I was depleted. I’m not sure I ate enough calories that day given the amount of exercise I had done. And the yoga just felt awful.

Partly, I was envious of the other people in the class who looked slim and comfortable in their skin. I felt dumpy and embarrassed in my exercise clothes. While no one stared, I was sure people were judging me about something. My big butt, my wobbly arms, my folds of skin, my age, anything negative I could come up with.

I think I was sad realizing I have an older body now, and the last time I did yoga (years ago) I had been more flexible. I grieved the younger body I lost to obesity and time. To make matters worse, I now had very poor balance, still trying to compensate for the huge body I no longer have.

The second class was better. I can’t say I loved it, but I felt better than I did the first time. I wasn’t so awkward or focused on how my droopy body looked in my exercise clothes. I was able to balance on one foot for a few seconds. Progress.

To get ready for my third yoga class, I shopped for a new exercise outfit. I didn’t try it on at the store. I just pulled a “medium” off the rack, knowing it would fit, and probably be a bit big. The morning of class I put the outfit on and discovered it was skintight. As I looked in the mirror at home, I decided that because the yoga room is dimly lit, and because I didn’t want to make excuses, I would go to class anyway and just deal with the embarrassment. After all, I live with embarrassment most of the time anyway.

The class began with a lit candle and a humming sort of music that touched my soul. I moved through the sun salutation and realized I could do it with ease. As we twisted to do a “triangle” position, I looked over to get a glimpse of myself in the mirror. But I couldn’t find myself. I couldn’t easily distinguish my body from the other bodies. This shocked me. There I was in the sea of bodies attending the class, and I realized that if I was someone else looking on, I would not even have noticed me. I looked like everyone else. Not better, not worse. I was just like them.

Realizing I was not sticking out like a sore thumb struck me at a very deep level and I’m not even sure why. It must have been the idea of fitting in, which I have always longed to do.

I also realized that my tight clothes allowed me to really feel where my body was in space and allowed me to move in a completely unrestricted way. It felt great to be exposed and at the same time indistinguishable from the others in the class.

At the end of class, we did a meditation. I floated away, more relaxed than I had been in 20 years. The kind of relaxed that only comes when there is no self-consciousness, no fear, no shame, no bracing for insult. I experienced a bliss I don’t think many people with eating disorders such as mine ever experience.

And then, I started to cry. Right there in the yoga class! As the lights came up and people started to leave, I sat there wiping away my tears, feeling surprised at my emotion and oddly elated.

The yoga teacher looked at me questioningly. I found myself saying to her, “I’m not sure, but I think this is first time in 20 years I’ve really been in my body.”

Being in my body, for me, meant to be without shame and self-consciousness. I had no need to mentally leave. I was completely, 100% present.

This morning, as I looked in the mirror after my shower, I saw my empty folds of skin. The scars trumpeting my battle with obesity. And then, looking closer, I saw my body. The shape my muscles give it. The leanness underneath. The power in it.

My body is a wonderland.