An Overlooked Obstacle to WLS Success 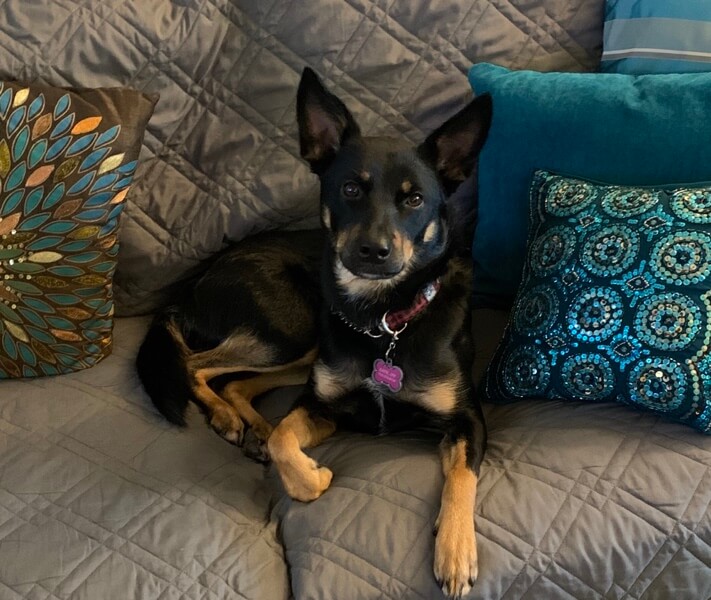 When I got my new dog Biscuit this past March, I did so because the times in my WLS life when I have been at my best were when I had an active dog to care for.

A few years ago, my beloved Ruby the Dog passed away. I also had developed a brain condition that left me in misery. Those two things totally derailed me. Eventually, I underwent brain surgery to help alleviate my symptoms, but my recovery was long and difficult.

I was mostly inactive for more than a year. My weight went up and my self esteem went way down. I became isolated and felt hopeless. I wasn’t sure I had another “go” in me. I wasn’t sure I would ever work again.

Having been inactive for a long time, there was nothing I was more unenthusiastic about than getting active again. I felt lethargic, unmotivated, and full of dread. I just couldn’t muster the energy and desire to do anything healthy.

I spent a lot of time berating myself. I focused on all my badness. My flaws. My sad story. What I *should* be doing but was not. (Actually, I focused on what I imagined others thought I should be doing).

What I didn’t spend a lot of time doing is focusing on what would actually work for me based on what I felt drawn to and what felt doable in a given moment.

What I wasn’t spending time on was self-listening, experimenting, and finding a way forward.

Thankfully, by taking some time to reflect on what had been working for me the last time I was living at my best, I decided I would move forward, but only do what I really wanted to do.

My mantra became, what am I willing and able to do? My rule was, if I didn’t want to do something, I didn’t have to. (And if I chose not to, I wasn’t flawed. I simply was practicing self-awareness, self-compassion, and self-care.)

So, what was I willing to do? I spent hours on the internet considering various puppies and dogs that were up for adoption. (Much more fun than going on a diet!) I asked a foster-dog mom to bring over a puppy for me to consider, because I wanted to see how it felt to be around a puppy versus a young dog.

I stopped looking when I realized how much work a new rescue dog would be.

I signed up for an online training to see how I would do with learning new information and to sort out how I learn best now that I’ve had brain surgery (which had left me with what seem like learning disabilities).

I experimented with roasting vegetables, because I actually love them, but didn’t know how to make them just right (I do now). I also experimented with finding the time of day I was mostly likely to want to chop vegetables (4pm, if you want to know).

One afternoon in March, when I was chopping brussels sprouts for roasting, I got a call from the foster-dog mom. She said, “I have the perfect dog for you.”

I wanted to meet the dog, so I was wanted to leave the house and drive to a park to meet her.

My husband did not want to take care of a dog, so I decided for myself, and promised him, I would take care of the dog 100%.

Before I adopted Biscuit, I thought long and hard about how much work she would be. I wouldn’t be able to sit around all day feeling sorry for myself (which I had quite enjoyed for a while there).

It took me six months to completely adjust to caring for Biscuit. It turns out Biscuit is a Kelpie, an ultra-smart and high-energy ball of friendly clinginess.

And me? Biscuit has taken my life by storm. She introduced me to my neighbors and has me walking nearly 3 miles a day, plus going the dog park. I already feel like a new person. An exhausted person. But happier, too.

Biscuit is bringing me back to life. By adopting her, I have triggered all kinds of healthy behavior in myself. It’s always great to rely on what has worked in the past. She has put me on a schedule, for example.

She doesn’t snack and is maintaining her weight, so she inspires me in that way, too. I’m profoundly grateful for my furry inspiration. And she is absolutely the healthiest Biscuit I’ve ever had!

My next experiment is Qi Gong. I found a video on YouTube. I don’t want to do yoga right now, I realized. So, until I feel drawn to it again, I’m not going to.

The secret is to focus on what you can and want to do so you can reclaim your best life.